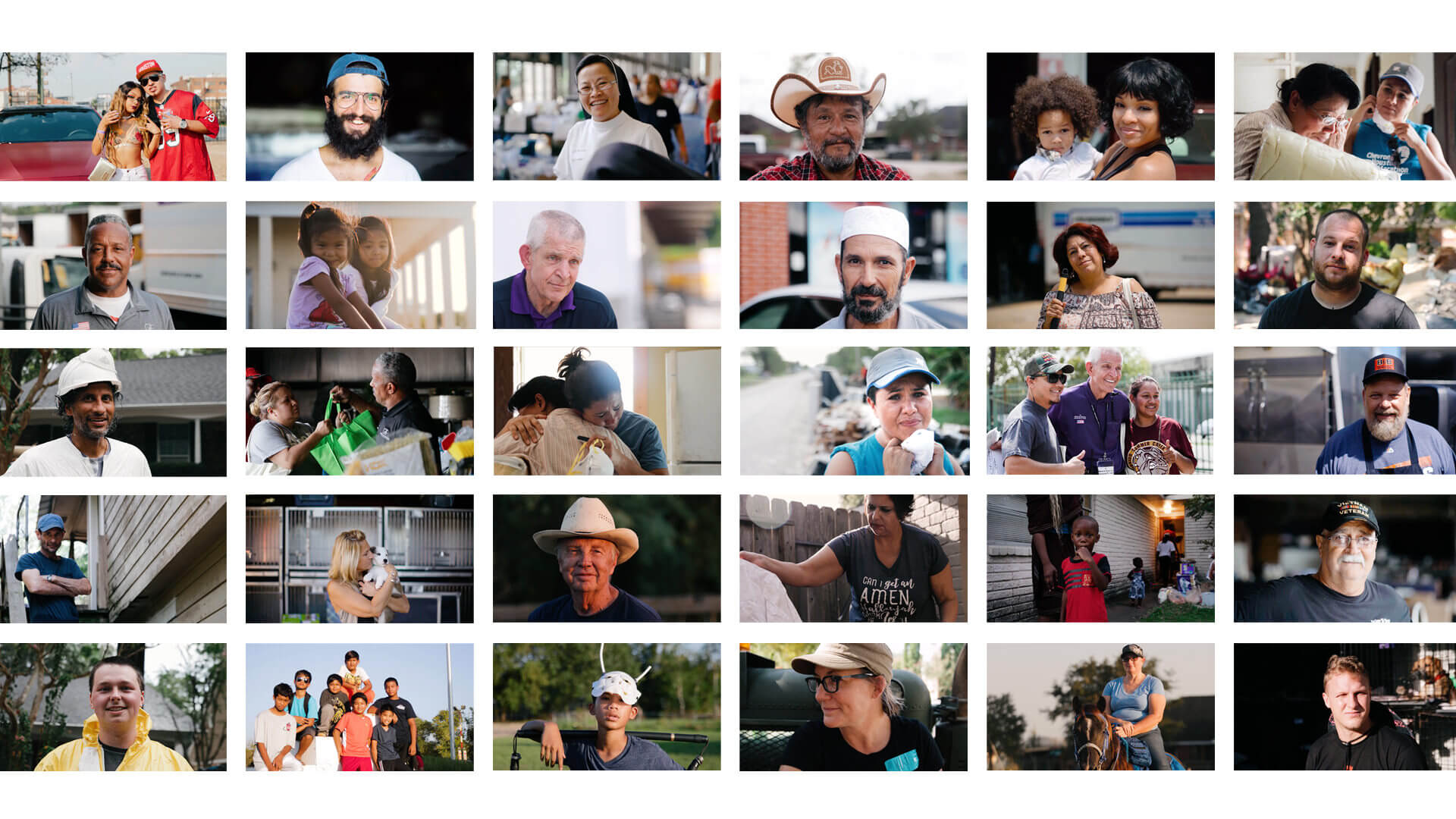 Hurricane Harvey made landfall and the damage it caused was monumental, especially to our hometown of Houston. We so vividly remember flipping through the endless news coverage, image after image of utter devastation. Countless people’s lives changed that week as entire neighborhoods were being washed away. But in the wake of the storm, everyday people rose up to become heroes and we saw our city in a light we had never seen before.

We started capturing the chaotic nature of the aftermath and spent weeks filming local heroes Mattress Mack and Ronnie Killen, as well as various good Samaritans from distinct communities – Mosque leaders and Bible teachers, Beaumont search and rescue teams, Westside neighborhood families, volunteer renovation crews, Rosharon farmers, and the Cajun Navy. And regardless of who we were speaking with, we kept hearing the same thing… Democrat or Republican, rich or poor, black, white or brown, the storm had united strangers and made brothers and sisters of us all. In a time of crisis our differences didn’t divide us, and they certainly didn’t keep us from helping our neighbors and strangers alike.

Our deepest gratitude goes out to all of Harvey’s Heroes and to those who contributed their time, efforts and talents. You gave our city hope…